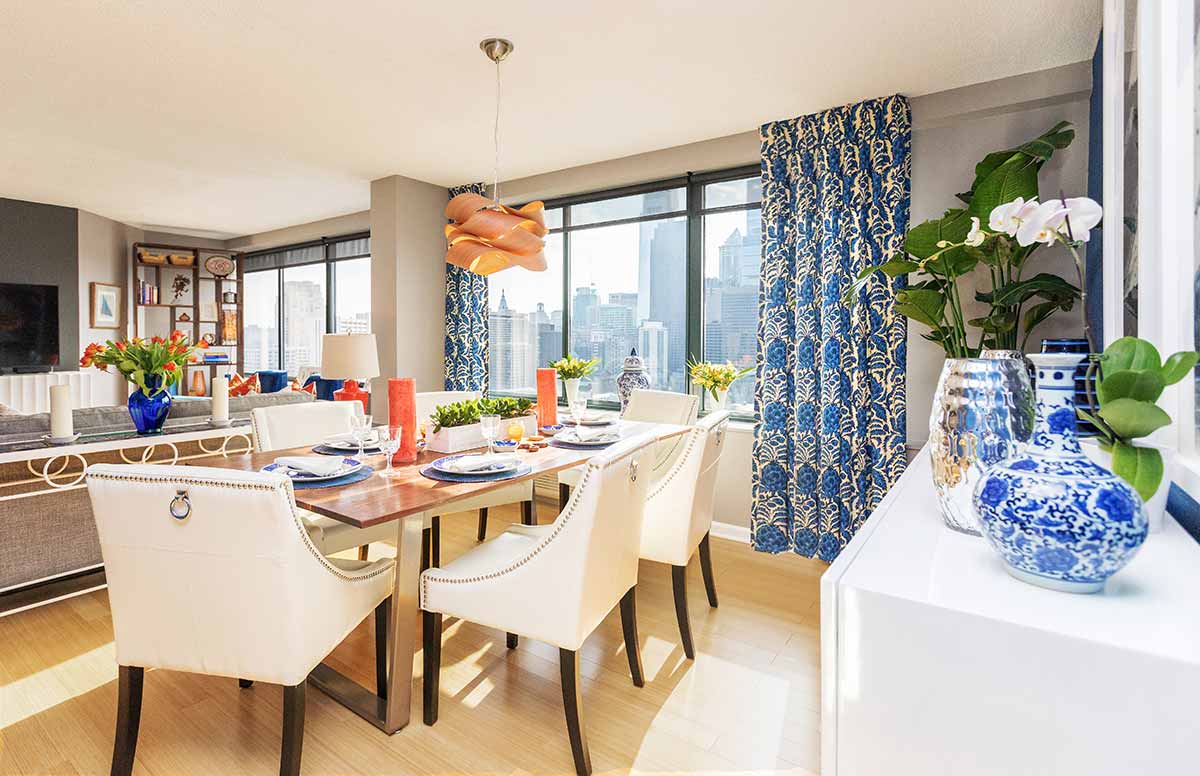 At every High Point Market and local designer showroom, designers are faced with droves of patterns and motifs. How can we tell new from old? Where did textile and wallpaper patterns originate, and will the classics from the archives ever completely go out of style?

It is only when we look to the past and understand these patterns’ origins that we begin to understand today’s trend cycles for fabrics and wallpapers, become better prepared to guess what’s coming and recognize what is truly new and original.

The trend cycle of floral motifs serves as a great example of a classic design that’s been reimagined for centuries. They’re still in style from this past spring, and this season is the first one in I can remember in years past that colorful florals are still on trend in the fall fashion market. Like I always say, “Interior design follows fashion.” With that noted, keep your eyes open for florals for upcoming spring and fall trends of 2019.

There’s some mystery as to where the first floral prints came from, but we know that different types of floral prints can be attributed to civilizations all over the world. In Asian countries like Japan and China, they are at the heart of many symbolic patterns in design, and floral motifs often include lotus flowers, fruit and chrysanthemums. Europeans during the 17th and 18th centuries brought original decorative art pieces back home from their travels, and the trend exploded. Asian decorative pieces became so popular that European craftsmen used many of these patterns in their own work to imitate the originals, which were named Chinoiserie.

The classic white and blue Chinese porcelain vases have been on trend for several years. Every Pottery Barn and Williams Sonoma catalog I’ve encountered in recent times include some reference to the vintage cobalt and white stoneware.

Earth tones in florals have also seen a resurgence in popularity, but again, their origins have a storied past that stretches far beyond just a year ago. During the late 19th century in Europe, the mass production of products became possible thanks to the Industrial Revolution, but the revolution left many concerned for the fate of design and artisan craftsmanship. Some manufacturers, like British printmaker William Morris, rejected mass production and instead employed skilled artisans and traditional manufacturing techniques to create beautifully designed and functional products, a movement that became known as the Arts and Crafts movement. Morris’ woodblock prints, perhaps the most recognizable from the era, use earthy tones and floral patterns that are smaller and repeated more frequently on the print.

Fast forward to the 1930’s, where you’ll find Dorothy Draper’s dramatic and colorful prints. Her approach many times incorporates saturated color palettes for classic floral motifs. She was known for taking risks in order to create something different that was later coined Modern Baroque, her signature design style.

Interior design is much like the fashion world in the sense that we are always trying to create something new, and there continues to be a conversation in our community on whether or not everything has already been done. Just look at H&M’s recent collaborations with GP & J Baker and Morris & Co. My feeling is that this is proof, that yes, what your mother says is right: The style trends are cyclical and we will be seeing things from the past again and again.

If the fashion world is incorporating prints from the last few centuries, then there’s no doubt in my mind that these classic prints are more than relevant today. That said, will we see new prints that have a revolutionary role in the future and stand on their own, or will these historic prints simply be recycled with color story updates and new synthetic fibers to give them life?

Perhaps there will be another modernist movement. Is it possible that we could have a new take on modern that strays from the 100-year-old Art Deco or the decades-old Mid-Century styles?

For now, throughout our designer marketplace, I am seeing traditional prints in both fabrics and wallpaper that have been around for (sometimes) centuries, and there are some lines trying to push the envelope with their aesthetic to stylize new prints and break into something new. But the question remains: Are these new motifs really a blast from the past or will we be seeing something truly original and new in upcoming years?

This blog was originally written by Christina Henck for Furniture, Lighting & Decor Magazine.